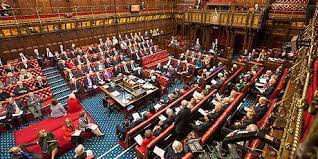 Traitor is a strong word isn’t it? In fact even the accusation puts such a strong image in one’s mind that you couldn’t possibly believe realistically that any individual or group in our Commons could be guilty of such an act.
Yet it is so.

The current proposal by many of the lords to amend the Brexit Bill to guarantee that EU nationals can remain in the UK after Article 50 is triggered is by definition a traitorous act.

So what is a Traitor? Oxford Cambridge dictionary defines ‘Traitor’ as –
‘a person who is not loyal or stops being loyal to their own country’

The act of trying to ensure that EU nationals have a guaranteed right to stay in the UK after Brexit is a disloyal act to the UK. And what’s more it’s deliberate, oh it’s hidden in the guise of trying to be nice but in fact it’s a deliberate attempt to undermine the UK government.

If we do guarantee EU nationals in the UK the right to stay then in order for the government to protect UK nationals in the EU they will have to give away ‘something’. And for those who say ‘the EU wouldn’t do that’ or ‘that would just make the EU look bad’ well I say ‘what’s stopping them?’ ‘Why wouldn’t they do that?’ ‘Why would they care if they look bad?’

They know this amendment would hamstring the Government and whichever way the Government subsequently play it, it will be made to look bad against them.
The Lords and MP’s seeking to amend the bill to guarantee EU citizen’s rights in the UK see themselves in their hearts as citizens of the European Union not the UK, and are using a ‘thin veil of virtue’ to undermine the UK Government.

So, are the Lords and Mp’s who are pushing this really Traitors?……. I don’t know, for now I think I’ll call it something like ‘Mistaken Country Syndrome’………

“We’re not traitors” cry the remainer Lords “we’re doing everything we can for OUR country”……..yes, we can see that.

2 thoughts on “Do we have Traitors in the House of Lords?”